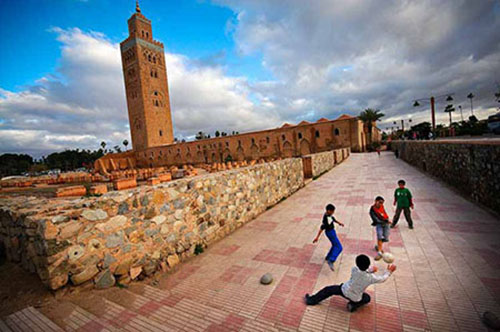 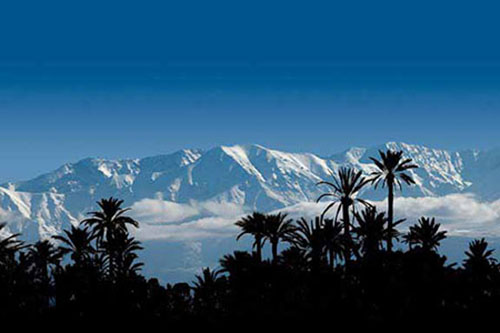 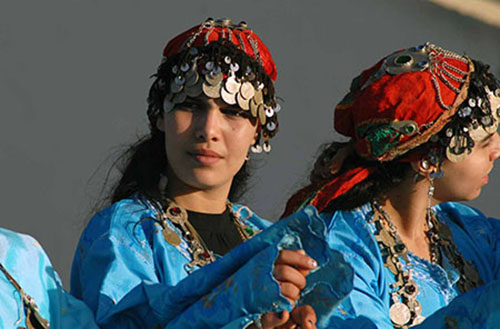 There is so much to see in Morocco!

Whether you are thinking of a Hollywood movie like Casablanca or camel trekking to the Saharan sand dunes of Erg Chebbi, Morocco has so much to offer.

Start out with a tour of the Jemma el-Fnaa, the main square in Marrakech.  Known as the Red City, the Pearl of Africa, or the City of God, Marrakech is known for its outdoor food stands chalked full of elaborate colors, smells, and tastes.

Inspired by the contrast of the high Atlas Mountains and  the picturesque desert landscapes, Winston Churchill spent many of his winter holidays in Marrakech and referred to the city as "my love" and the "Paris of the Sahara."

Delight in the late morning atmosphere with a zesty bowl of classic Moroccan Harira soup engulfed in tomato, chickpeas, lentils, ginger, and cinnamon.  It is all in a day's work as they say!

Move on to Fez, the old capital of Morocco prior to 1925.  Founded in the late eight century, Fez is the oldest and largest and oldest medieval city in the world,  Known for its large medina, (kind of a medieval
shopping mall), Fez is widely known for its tanneries and ensuing leather goods plus an ensemble of wild honey sellers, bakers, and artisan weavers inside the medina.

For a taste of local flavor, check out the chicken tajine, s stew like dish full of garlic, cumin, ginger, paprika, and saffron.

With so much to offer the palate, is it any wonder that Fez has so much beautiful architecture to offer the eyes ?  Cast a glance at the Bab Boujloud (Blue Gate) - so named for the blue fassi tiles on the outside.

Next on the list is the city of Casablanca, one of the most celebrated cities in the world.   Humphrey Bogart and Ingrid Bergman.  It does not get any deeper than that, at least in the movie. The real city of Casablanca however, is the industrial and  financial hub of  Morocco, has the largest port in Africa and the second largest mosque in the world.  Men with colorful customers sell water as is the custom in most Moroccan cities , and the pace of life in Casablanca is remarkably subdued.

For the ultimate in action  and adventure, there is nothing like the sands of the Sahara as evidenced by the dunes at Erg Chebbi.  At a height of nearly five hundred feet in some places, these dunes are a favorite destination for camel trekkers visiting the Moroccan desert.  Movie lovers will also have room to celebrate as Lawrence of Arabia, the seven time Academy Award winning movie was filmed in the Moroccan desert.

With so places to go and so much culture to experience, there is truly nothing else to say except for, there is so much to see in Morocco!